Here, I am attempting to track some early occurrences of the motifs in the thumbling narrative. It's impossible to say what the "first" version of any folktale is, but it is ​possible to say "Hey, stories about XYZ things definitely existed at this point." I also include the publication dates of some well-known fairytale collections and some trivia pieces.

​The first thing to know is that there are really two stories to track here: one, the Thumbling Narrative, with a thumb-sized child who gets into trouble or gets swallowed by animals but proves himself; and two, Le Petit Poucet, about a small-ish youngest brother who is abandoned with his siblings but rescues them from a monster.
Tom Thumb Timeline 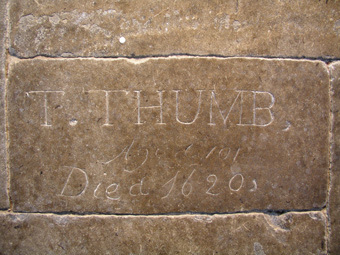